When opportunity rang, Che picked up her life and moved from her home in South Africa for a job at Thomson Reuters Toronto Technology Centre.

"Having recently moved to Toronto from South Africa, where I had lived for seven years prior, I can say with confidence it has been a big change in my life. For one thing, the day I left Johannesburg it was 35 degrees Celsius (95 Fahrenheit), so landing in Toronto -5 degrees Celsius (23 Fahrenheit) was something of a dramatic acclimatization. The biggest surprise was that this did not even seem like a cold day to the locals. I even noticed some folks walking around in T-shirts.

Canada is not wholly a new place to me, however, as after being born in Namibia and spending my early years in South Africa, my mom and I moved to the small city of Kelowna in British Columbia when I was 9 years old. After completing my schooling in Kelowna, I decided to go study back in South Africa at the University of Cape Town, specializing in Finance and Economics. After graduating, I started working for Barclays, beginning my journey in their graduate program, with a focus on business analysis in investment banking. During this time and the years to follow, I had an amazing adventure working with fantastic minds and various technologies that were ever changing in the financial space.

My mind was always set on moving back across the Atlantic however, so when I was offered a position at Thomson Reuters in the Toronto Technology Centre, I counted myself very blessed to have such a wonderful opportunity. Obviously, this meant packing up my life and moving across the world, but I believe wholeheartedly that such a great chance only comes around once a lifetime, and when it does, you have to grab it with both hands."

"During your first week at any new job it is easy to feel lost and clueless, but luckily my team members are experts at making you feel at home and bridging the transition as smoothly as possible for all newcomers. I asked a hundred questions a day, yet my team was always happy to help.

"The office culture is a real melting pot, with incredibly diverse and talented people, young and old, from all over the world. The atmosphere is collaborative and energetic, with the workspace being very dynamic in the sense that there are different areas designed for different purposes, and it is often reconfigured to create the perfect balance of forces.

In a social sense, people from across the office are constantly getting together for board game nights and various other activities. I must admit, I am yet to go, mostly as I am embarrassed by my lack of board game skills (which equate to zero), but everyone is always friendly, and it will only be a matter of time before I take up one of the many invitations."

"Since each person’s job differs, I thought it would be useful to cover a common denominator among the whole office: food!

The Thomson Reuters Technology Centre is based on two floors of the building, those being the 18th and 19th. I was first placed on the 18th, which was a rather busy space, but subsequently moved to the 19th floor, which is much quieter. When I arrive at the office, normally just before 8 am, I immediately go get my coffee fix. There is a massive spread of about 50 different types of teas and coffees. There are even 10 different kinds of milk to choose from, half and to almond milk to soy and lactose-free – so no matter your preference, it will be accommodated for!

After my morning catch-up with my manager, I might pop up for another coffee, and by 10 am, my stomach is growling and I start looking out for the morning snacks. These snacks always include fruit and an assortment of nuts/trail mix, but once in a while the chocolate covered raisins or almonds make a welcome appearance. It is often a mad rush for the snacks in the morning, especially on the busier 18th floor, so once you spot the snacks being put out, you basically need to run to the kitchen to get in on the action. On the 19th floor, they seem to last at least 30 mins, so there is in case you have a morning meeting.

Where you sit is key and who you know is also very important. Luckily for me, on both floors I sit right near the kitchen door, so can spot when the snacks are coming. For those far away, people have started setting up live chat alerts to update their group on when snacks arrive. Try to get on these chat lists to have the best chance of catching the snacks early.

Beyond snack rounds, in both kitchens there are drinks. These include your regular choices like Coke and Sprite, but also include some exotic options such as Arizona Green Tea and various sparkling fruit beverages. The drinks fridge is always full.

After getting a good chunk of work done in the morning, it is lunchtime. Downstairs in the cafeteria, there are plenty choices, including Thai food, Mexican, sushi, Tim Hortons, Starbucks, and a variety of healthy options too. The cafeteria is often busy, catering to many businesses in the building and even some surrounding buildings. But essentially, it offers anything you want to eat without ever having to step outside. If you do want to take a walk, however, the PATH is right there and heads to the Eaton Centre, loaded with more places to eat.

After lunch, it is back to work until the second round of snacks, which comes around in the late afternoon. Again, there is a mad rush for these snacks, which range from various chips to an assortment of protein bars and even some chocolate bars."

"Since arriving at the Toronto Technology Centre, I have felt truly spoiled by the friendly people and great working environment. Aside from the many perks in terms of snacks and yummy coffee, which I have gone on about for perhaps too long, the far more important thing is being able to mix with some of the smartest people from all over the world in one building.

It is a fantastic culture that attracts the best talent. I am yet to meet everyone, but the people I have met have been extraordinary, and I know there are many more exciting new faces joining all the time. Without a doubt, I have made the best decision coming to work with Thomson Reuters in Toronto, and I am grateful every day to work in such an incredible space. Just in my short spell here so far, I have seen amazing ideas come to life, and I cannot wait to be part of the many exciting things that are going to be happening in the very near future."

Take a look at our current job opportunities or sign up for our Talent Network to stay informed about news, events, and opportunities at Thomson Reuters. 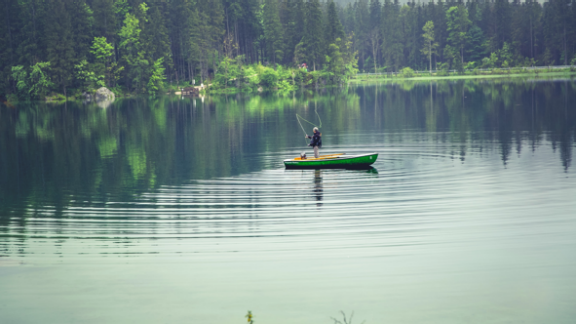 Hobbies and side projects of employees #workingatTR 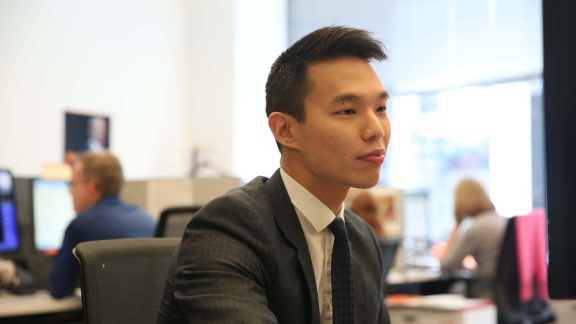 20 traits of a super star employee 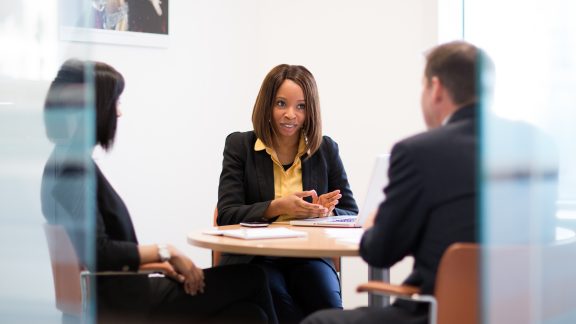 How to ace your interview with Thomson Reuters