In the 19th century, the legal profession saw an evolution from an open democratization of admission to practice law to an environment that was a bit more restrictive.

In the early 1800s, diploma privilege — a method by which lawyers begin practicing law without taking the bar exam — was the common practice with open admission to practice being granted through apprenticeships and reading, licensure via local courts, and oral bar exams. By the end of the century, however, the creation of law schools, written bar exams, and bar examiners, the practice of diploma privilege diminished over time, according to a recent presentation at the Law and Leadership Conference at BYU Law given by Joan Howarth, Interim Associate Dean for Experiential Legal Education at the University of Nevada at Las Vegas William S. Boyd School of Law.

The creation of law schools led to increased prestige and therefore, a belief that those who earned formal education should have privileges over those who earned their permission to practice through office training, according to Howarth. By the late 1800s, this belief was widespread and led to the power balance shifting away from local bar associations and toward law schools. By 1901, the Association of American Law Schools, which was started by the American Bar Association, officially opposed diploma privilege.

Christopher Columbus Langdell, Harvard Law School Dean in 1870, created the modern law school as we know it today with the underlying assumption that law professors are experts in learning the law, rather than the practice of law — and it is this learning that is most important.

The implications of the Langdell model’s preference for law professors underscores the view among many critics that law schools do not prepare graduates to practice. There are a few models that could be options, however, and the pandemic has resulted in renewed interest in pursuing alternatives to the bar exam for licensure to practice.

Given the special circumstances of the COVID-19 pandemic over the past year, the Utah Supreme Court announced in April 2020 that it would temporarily allow diploma privilege with the completion of 360 hours of supervised practice for 2020 law school graduates, though the requirement is set to phase out in 2021. Four other states followed, but by February 2021, all had returned to the bar exam requirement for licensure by offering remote bar exams.

The state of New Hampshire offers a hybrid approach, requiring most law school graduates to pass the state’s bar exam. In the mid-2000s, however, the state created a competence-based program called the Daniel Webster Scholar (DWS) Honors Program at the University of New Hampshire (UNH) School of Law. Up to 24 students who successfully complete the program are admitted to the bar at graduation each year, based on a portfolio proving they demonstrated key competencies. In addition to substantive law courses required for all UNH Law graduates, the DWS students take six simulation-based courses, including a client interviewing and counseling capstone in the third year. Actors, attorneys, real court reporters, and judges are involved in the simulations.

Courtney Brooks, Professor and Director of the DWS Honors Program, describes how students in the third-year capstone course conduct standardized client interviews during which the “clients” (played by actors) score the students’ performance on eight different categories of client interaction, including the “lawyer’s approach to questioning” and whether the “client” would “come back to [the] lawyer.” Most critically, a bar examiner is assigned to each DWS student and follows that student during the two-year program. At the end of the third year spring semester, the bar examiner conducts a final review of the portfolio and then certifies to the board of bar examiners that the student has met all requirements for admission.

States also could follow the example of Wisconsin, which is the only state in the U.S. that does not require the passage of the bar exam to practice law. The state instead relies on academic requirements and character and fitness requirements.

Attorneys who opted for licensure based on alternatives to the bar exam appear to have a leg up when it comes to readiness to practice law after graduation. One student who met Utah’s requirements of 360 hours of supervisory practice indicated that “the legal work was much more practical than anything he did in law school.”

Further, students in the DWS Honors program are often preferred by employers because “they are equivalent to a second-year associate in terms of their ability to interact with clients on the first day of their first job,” explains Brooks, adding that DWS graduates are quick to think on their feet and are “unfazed by surprises” and undeterred with difficult assignments. Moreover, because they experience the process of both giving and receiving feedback from professors, bar examiners, court reporters, and others, they are agile in their ability to take in and act on guidance on how to improve.

The challenge for alternatives to the bar exam can be resource intensive, she notes. “Finding enough bar examiners to do that process [on a larger scale] would be highly, highly challenging because the portfolio review, plus meetings, takes a good amount of time — longer than it takes to grade a bar exam,” Brooks says, adding that it involves a two-year commitment for volunteers.

Indeed, there have been other states that have considered such an alternative program, but decided against pursuing it because of the difficulty in administering it.

But, interest picked up during the pandemic, with institutions in New Mexico, Oregon, Minnesota, and New Jersey looking at the program. “The bar exam isn’t a good measure of attorneys ability to succeed,” says Brooks. “You can be really good at standardized tests, but not know how to interact with a client or the mechanics of law practice, so it just doesn’t make sense to me.” 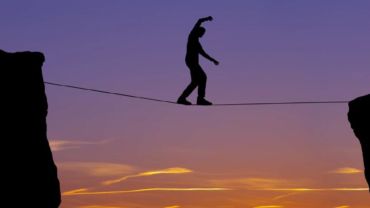