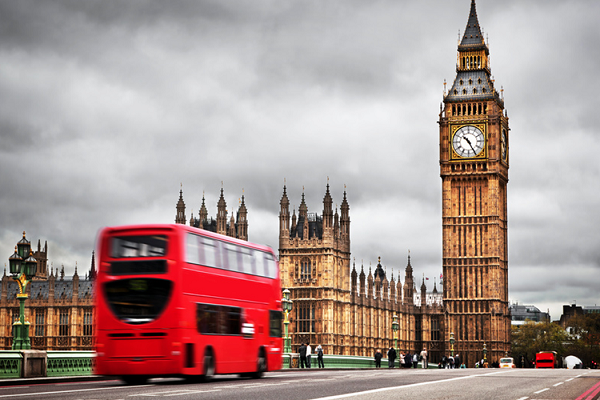 In a short speech delivered at a Reuters Newsmaker event on Monday, Britain’s Shadow Chancellor of the Exchequer Anneliese Dodds criticized the British government’s response to the COVID-19 pandemic and warned that the Conservative party’s inadequate support of businesses and workers would erode the tax base and hamper economic recovery efforts in 2021 and beyond.

“The U.K. has the highest debt rate in Europe and is suffering the worst economic downturn in the G7,” Dodds said, and insisted that with promising vaccines offering hope for a turnaround in 2021, “the government must do all it can to lay the foundations for an economic recovery.”

Stewing over the spending review

Dodds is a member of Britain’s Labour Party, however, and opinions differ on the best course of action to pull the U.K. out of the pandemic and through the upheavals of Brexit. On Wednesday, current Chancellor Rishi Sunak will announce his party’s plans for economic recovery in what’s known as a Spending Review, the process that determines how much money is spent on public services in the U.K. Though Chancellor Sunak has promised not to implement further austerity measures, he has indicated there will likely be a wage freeze for essential public-sector workers such as nurses, police officers, and teachers — a proposal the Labour Party opposes.

“Essential workers in this critical time of need have often had to survive on a shoestring,” Dodds said in her speech. “Seven in 10 care workers earn less than £10 per hour, and many key workers in the private sector are barely keeping their heads above water. Freezing the pay of these essential workers will make them worried about making ends meet ahead of Christmas, which means they will cut back on spending and our economy won’t recover as quickly.”

While “penny-pinching” for workers on the front lines, conservative leaders had no problem “doling out billions of pounds to a select group of contractors,” she said, citing a recently published National Audit Office report that found suppliers with political connections are 10-times more likely to have won work from the Conservative government.

A trifecta of headaches

Dodds listed a litany of conservative “failures” — from abandoned test-and-trace initiatives to an ill-conceived court modernization project — and laid out the Labour Party’s vision for “responsible spending” to pull the U.K. out of its nosedive. This vision includes a £30 billion plan to invest in clean-energy infrastructure initiatives that would support an estimated 400,000 jobs throughout the country and help protect the U.K. against the worst economic impacts of climate change, she explained.

This year’s Spending Review is receiving extra scrutiny largely because the coronavirus pandemic has forced the government to borrow far more money than it had anticipated. Before the pandemic, the government planned to borrow about £55 billion. But so far in 2020, the British government has borrowed £215 billion to prop up its economy, and is expected to borrow more than £370 billion by the end of the year. Chancellor Sunak is now faced with an unenviable trifecta of government headaches: a faltering economy, higher-than-expected costs, and a diminishing tax base.

Among other things, Dodd said she is concerned that too many people living in rural Britain feel they must leave their town or region in order to prosper. “Young people shouldn’t feel that they have to get out to get on,” she said. “We need high-quality businesses in every town providing well-paying and secure jobs, so that people don’t just survive, but thrive.”

To create those jobs, Dodds advocates investing in training programs for local workers to “up-skill and re-skill” them for work in the burgeoning green economy of the future, particularly in the areas of solar power and energy-efficient infrastructure. If her party were in charge, Dodds noted, “Labour would make responsible choices to protect our key workers, secure the economy, and recover jobs in every part of the country.”

Conservatives would no doubt argue that they have been doing just that, with a program last summer to employ young people as trade apprentices, and its Job Entry Targeted Support (Jets) scheme to hire thousands of “work coaches” to help unemployed workers find jobs. But Labour critics, including Dodds, have viewed these programs as little more than stop-gap measures to address a wave of unemployment caused by cuts in government job subsidies.

Though Britain’s Labour Party is not currently in power, Dodds clearly views the country’s current economic woes and the as-yet-unfilled promises of Brexit as an opportunity to re-assert the party’s leadership. “We will be in an even more difficult situation if there is a [Brexit] no-deal outcome,” Dodds said. “We’re all hoping there will be a deal because conservatives said they would get that deal — to preserve jobs and support businesses in the U.K. — but initial signs aren’t very positive in that direction. So, we’re holding them to their promises, because the government really needs to deliver on that deal.”

On Wednesday, when Chancellor Rishi Sunak announces the government’s plans for public spending next year, Dodds and her party will be waiting in the wings to offer criticism and advice that the Tories in power will most likely ignore. But with an economy in meltdown, U.K. residents in lockdown, and a Brexit free-trade deal in limbo, Prime Minister Boris Johnson and his party have their work cut out for them.

And if they fail, count on Dodds to have plenty to say about it. “After a decade of letting Britain down, people don’t want to hear more empty rhetoric and last-minute decision-making from this government,” Dodds said. “They need urgent action on Wednesday to make this country the best place to grow up in, and the best place to grow old in.”