I believe there are two main swing factors in the automotive industry: regulation and demand. And while both may present challenges that are out of automotive manufacturers and suppliers’ direct control, there are steps industry players can take to mitigate and manage the risk.

The first risk is regulation. Big swings in regulation could create pressure for automotive makers to rethink their supply base and manufacturing locations on quite a short notice.

For example, the automotive industry has a huge stake in the re-negotiation of NAFTA, which could alter North American content requirements and limit market access to Mexico, among other changes. Brexit is already causing massive headaches for automakers in the form of unknowable future duty rates for cars and car parts going in and out of the UK, as well as increasing regulatory overhead. Similarly, the Trans-Pacific Partnership (TPP) – assuming it will be implemented despite the decision by the United States to withdraw from the deal – could create a situation where companies really have to rapidly make changes to their supply base, switch suppliers from one country to another to satisfy certain origin requirements, or even reconsider the viability of existing manufacturing plants if they fall outside the parameters of an FTA or if they are no longer viable from a duty and regulatory perspective.

The problem here is that regulation can change overnight, and in many countries, it often does. And for supply chains where you have a lot of manufacturing and thousands and thousands of suppliers tied to the design of individual automobile models, it is very difficult for automakers and their suppliers to react as quickly as the regulators can change the regulations. All of this can cause quite painful dislocations as the industry adjusts.

The second major risk factor is around the demand for cars, forecasting the types of vehicles and the specific demand in individual geographies. I think India is proving to be a very interesting laboratory in this sense, as a growing middle class is starting to buy cars and the industry is looking for ways to satisfy that demand.

The difficulty in this game is that consumer tastes are fickle. Tata’s Nano has struggled in the marketplace despite its zippy looks and having been designed specifically for the Indian market. And recently, we heard news that GM is reducing its operations in India. These are both great examples of shifts in demand that are unpredictable and difficult for companies to again respond to as rapidly as the demand is shifting between different types of vehicles. The SUV mania that has hit the United States and the European Union lately is another great example.

Car manufacturers are also discovering that India is an increasingly attractive export manufacturing location. Cars that do well in India are often well-suited for other emerging markets as well – to paraphrase Frank Sinatra, “if you can make it there, you can make it anywhere.” In addition, India has a rapidly improving manufacturing, regulatory, and logistics infrastructure and plentiful low-cost assembly labor. India is also geographically well-positioned to serve rapidly growing South-East Asian and African emerging markets.

Both of these shifts, whether they are driven by regulation or consumer preferences, call for more flexible supply chains. Going forward, car manufacturers and their suppliers must design their supply chains in ways that make them as flexible as possible with respect to being able to serve different types of end products, and also take on different roles in the supply chain. For example, being equally geared toward domestic market as well as being able to swing to be an export producer, if that’s where the consumer demand is.

In addition, because of the sheer complexity and size of automotive supply chains, just managing the risk becomes very crucial. This includes things like price risk, supply risk, counterparty risk and the regulatory risk that’s present throughout the supply chain.

Managing these risks in a proactive way is a huge challenge when you have thousands and thousands of suppliers connected to the manufacturing of a single hub. A great example of this is Toyota’s experiences in the aftermath of the 2011 earthquake and tsunami, where going into the disaster, they thought that they had a robust pyramid-shaped supply chain, with the automaker at the top. It turned out, however, that they had what they called a ‘barrel-shaped’ supply chain with heavy dependences on the same suppliers in the same area which were struck by the disaster, which nearly crippled their production of several of their models. A top Toyota executive said afterward, “Our assumption that we had a total grip on our supply chain proved to be an illusion” and they announced plans to put a more effective supply chain in place.

Utilizing proper supply chain planning tools can help mitigate these types of issues and make sure that your production is both robust and resilient.

Thomson Reuters automotive solutions are here to guide you through uncertain times in managing risk and reducing cost in the supply chain.

Uncertainty and risk in the automotive industry – Download the report 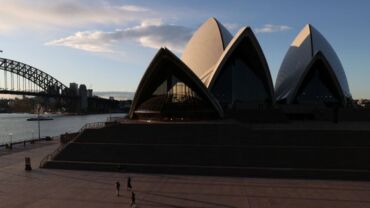