The flood of sanctions, export controls, and prohibitions against providing certain corporate services to Russia that have been imposed by Western governments in the five months since Russia’s invasion of Ukraine has given many global banks and businesses big headaches, according to a new white paper published by Thomson Reuters Regulatory Intelligence (TRRI).

The sanctions have meant that many of these banks and businesses have had to expend considerable resources on getting to know their customers better so they can keep doing business with unsanctioned parties in Russia; while other financial institutions have opted to “de-risk” and avoid the country entirely, exiting account relationships and disentangling themselves from funds transfers tied to Russia.

In a new white paper, The fog of sanctions: Global banks & businesses face unprecedented challenges in applying measures against Russia, the TRRI team examines the evolving sanctions environment in several countries, including the United States, the United Kingdom, and members of the European Union. In addition to examining what each country is doing by itself and in concert with others, this paper also looks at the troubling lack of clarity and cooperation among allies in properly applying sanctions against Russia on a global basis that would arguably have the most impact. (Besides Russia, Belarus and Russian-occupied areas of Ukraine also have been targeted for sanctions.)

You can access a full copy of the white paper, The fog of sanctions: Global banks & businesses face unprecedented challenges in applying measures against Russia, here.

Indeed, Western sanctions against Russia following its invasion of Ukraine are some of the most complex economic punishments ever meted out by the United States, EU, UK and other nations. While the US Treasury Department has been pushing out reams of guidance, other governments have offered little clarity, leaving an information vacuum and major compliance challenges. As the paper explains, varying expectations among nations and a widespread dearth of guidance are making compliance with the unprecedented complexity of Russia sanctions difficult and costly. Not surprisingly, legal, regulatory, and reputational risks faced by banks and businesses have skyrocketed.

Meanwhile, US bank regulators have publicly stated that their examiners will be looking into compliance with sanctions, with the US Treasury Department continuing to offer guidance aimed at helping financial institutions avoid compliance pitfalls. Further, the EU and UK have issued broad sanctions and prohibitions on corporate services, while drawing criticisms that they have failed to provide clarity regarding regulatory expectations.

The paper also looks at the ways in which many countries are addressing gaps in their anti-money laundering and countering the financing of terrorism efforts that have been exposed by the sanctions. The invasion and resulting sanctions have as well raised scrutiny of private fund managers such as hedge and private equity funds.

Varying expectations among nations and a widespread dearth of guidance are making compliance with the unprecedented complexity of Russia sanctions difficult and costly.

With some Russian oligarchs known to be prominent investors in such funds — and some oligarchs subject to sanctions for their ties to Russian President Vladimir Putin — the need to know who is investing in a fund and what it means for compliance are challenges that virtually all private funds face.

Other complex and steep challenges with which governments and global banks are dealing because of the Russian sanctions are also detailed in the paper. These challenges — beyond the application and execution of the sanctions themselves — include everything from the rise of so-called reputation launderers that are working with Russian oligarchs to help them evade the sanctions or obscure their assets, and the problem of asset flight as more global players (both Russian and not) move their assets out of the oversight of regulatory agencies or sanction officers.

Another significant complication is that many financial services firms within the international finance and trade sectors are finding it difficult to hire financial crime compliance professionals to help meet added demands. In fact, the state of financial services firms’ compliance teams remains in worrisome condition as compliance teams find themselves lacking the resources and the talent to fully address the burdens that the new sanctions regime has place upon them.

Indeed, compliance professionals who find themselves short of desperately needed funding may wish to share this reality, and this paper, with their boards as they push for additional resources. Screen for global sanctions and adverse media within seconds. 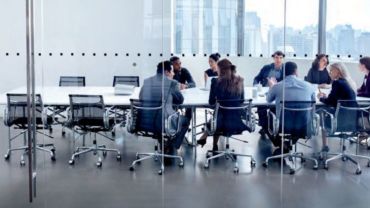