A months-long pandemic, the largest protest movement in U.S. history, an uncertain economic outlook — or in other words, the perfect context in which to consider the future of the legal profession, according to Penn Law Dean Ted Ruger.

In the spirit of innovation, the conversation moved beyond abstract hypotheticals and delivered specific, actionable ideas to meet the changing demands put upon lawyers by clients and society at-large. These ideas ranged from daily changes in how lawyers meet with co-workers, to the creation of a national taskforce to establish data management principles within law firms, to the building of a distributed “dream team” of innovative and engaged lawyers, non-lawyers, and even machines that can design a legal services infrastructure that is more effective and equitable.

Each of these ideas sought to tackle different challenges and opportunities that the currently changing legal landscape affords us, but each idea was rooted in the same major theme of the day: intentionality. Innovation requires choosing a destination and pointing every resource you have towards that goal.

The panel pointed out that law firms cannot expect to become more innovative simply by appointing a “Chief Innovation Officer,” or more diverse by simply saying that they want to be. Change requires a preliminary conversation, goal setting, and the open solicitation of ideas from stakeholders. It then requires investment in those ideas and across-the-board engagement — only then can an organization expect to make the desired progress.

One example discussed by panelists was that of law firms looking to build teams geographically across offices. Firms need to take active measures to utilize technology to both assess their talent and connect cross-office teams to ensure that challenges are being paired with the best respective person in the entire organization, not just the office.

Firms and their lawyers across the board are in period of enhanced decision-making, both in choosing how to adapt to a distributed online model and then, hopefully soon, choosing how to return to an in-person setting, the panel explained. However, it is how law firms approach this decision-making that will dictate whether or not they simply try to recreate what they had before, or if they instead lean into the wide-open opportunity to build something completely new — or at least a little new.

These changes are not limited to law firms. Our legal system is bigger than just Large Law — it’s even bigger than the binary choice between Large Law and the public interest, panelists said. Law schools and young lawyers hold powerful positions in the industry from which they can prioritize certain outcomes and then train for and seek those outcomes. Students become lawyers for particular reasons — often not to conduct document review.

This bottom-up pressure can force firms and regulatory bodies to adopt changes otherwise seen as too drastic. One change discussed in depth on the panel is a liberalized understanding of who can participate in the process. This doesn’t mean just bringing associates to the table on decisions traditionally made by partners; rather, to truly reimagine the position a law firm holds in society, firms need to bring in non-lawyers and possibly even machines that can reduce the burden of repetitive processes on lawyers, allowing them instead to spend their time tackling big ideas and solving more complex issues. This is how lawyers could solidify their position in society as the big thinkers and problem solvers, the panel noted.

These changes will require quick thinking. Already, there seems to be an ultimatum in place: If the legal profession doesn’t adopt more innovative practices soon, others will step in where lawyers once ruled, leaving the profession “climbing a steep hill to get back to where they were,” said Judge Headen.

Despite that, the panel felt strongly that optimism for the profession — seen, for example, by the industry’s embrace of innovation — was called for. Each panelist remarked that the ability to even hold the event they were having — each panelist in a different time zone — was a testament to the broad possibilities that upended pre-pandemic assumptions. “Our minds have been opened,” Baxter noted. “I think we will look back on this time and see that it gave birth to a lot of creativity.”

Some of the key ideas or recommendations the panel offered included:

This article was written by Peter Neal, an Associate Editor of the University of Pennsylvania Law Review and a Vice President of the Penn Law National Security Society 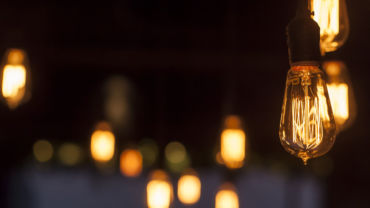