There is plenty of truth to this complexity/technology trope, but it tends to be obscured by a lack of understanding about the nature of complexity and the role technology plays in both creating and solving the problems of taxation in the 21st century.

Let’s start with the tax code itself. When decrying the complexity of the U.S. Internal Revenue Code (IRC), pundits often note that the IRC has bloated to more than 4,000 pages — the result, primarily, of lawmakers using the tax code as a mutual punching bag for public policy. Indeed, according to the nonprofit Tax Foundation, Americans will collectively spend more than 8 billion hours dealing with their taxes this year, hours that will amount to more than $300 billion in lost productivity. However, the IRC’s hefty page count is not the only culprit. For tax professionals, the difficulty of digesting the IRC is compounded by more than 400 updates and changes to the code every year and the confusion such a patchwork approach to tax policy inevitably causes.

Further, constant tweaking of the tax code has introduced uncertainty and unpredictability into an already mystifying equation, resulting in errors of omission, awareness, interpretation, and computation. The irony of course is that many of these changes and addendums are made in the interest of “simplifying” the tax code. The 2017 Tax Cuts & Jobs Act (TCJA) was billed by its proponents as a necessary overhaul of a needlessly complex system. Although the TCJA did simplify the process for many individual taxpayers by raising the standard deduction, corporations — especially multinationals — have had a different experience.

For multinationals, complexity comes in the form of ever-changing regulations, stricter compliance and reporting requirements, more data-intensive processes, and a host of other factors, including a global push for something close to real-time taxation of various business transactions. Multinationals must also work within and around the tax frameworks established by all the countries in which they do business.

The economic consequences of an increasingly byzantine global tax framework are significant. In 2017, the Vienna University of Economics & Business studied drivers of tax complexity in 108 countries and found that “details and changes of tax regulations” were the two primary sources of tax complexity worldwide. “Complex tax laws, regulatory uncertainty, and the costs of complying with those laws place corporations in such environments at a competitive disadvantage and could force them to move to other countries with less complex tax laws,” the study stated, warning that “complexity and uncertainty need to be reduced to foster investment and economic growth.”

Technology to the rescue?

Technology is often touted as the solution to many of these pressures and problems. And to be sure, today’s most onerous tax obligations could not be met without superior technology. But in some cases, the technological “solution” also has a hand in creating the very problem it is intended to solve.

The inevitable consequence of this compression in reporting timelines is an almost symbiotic relationship between business and government financial systems as well as heightened expectations about what information can and should be shared among them.

Consider the push for real-time reporting, for example, which would not be possible without sophisticated computers, software, integrated networks, and the technological game-changer that is blockchain. But once a feat like real-time reporting becomes technically possible, it can rather quickly go from an interesting concept to a binding legal requirement without much time to breathe in between. Indeed, because almost all businesses now have an immediate electronic record of every transaction, governments worldwide are changing their filing practices to insist they receive that information, more or less immediately, along with the tax revenue that goes with it.

The inevitable consequence of this compression in reporting timelines is an almost symbiotic relationship between business and government financial systems as well as heightened expectations about what information can and should be shared among them. The European Union’s Standard Audit File for Tax (SAF-T) standard is a prime example of this phenomenon. SAF-T requires businesses to share a remarkable amount of transactional data with EU tax authorities, including (but by no means limited to) general ledgers, accounts payable, vendor data, payment ledgers, vendor invoices, and inventory master files.

In the United States, the IRS has long pushed for a similar integration and acceleration of tax reporting and collection. And the infamous Wayfair ruling has virtually every merchant in the land looking for an easier — preferably automatic — way to keep track of sales transactions in individual states.

As technology continues to gift us with amazing new capabilities it’s also worth remembering that once the magic wears off and these new capabilities become routine, what changes for tax personnel are the expectations about what can and should be accomplished in a given time frame.

Going forward, tax professionals will ride the technological juggernaut whether they want to or not. Further, the relative complexity of the tax function will continue to escalate as more data accumulates, more powerful tools to manage and analyze this data become available, and expectations about what can and should be done with all that data continue to soar.

If there is a silver lining in all this, it’s that complexity is a form of job security — and satisfaction — for tax professionals. Indeed, after all the routine processes are automated and the low-hanging fruit is sufficiently plucked, what’s left is the hard and satisfying work of making order out of chaos — using one’s tools and training to strategically guide clients and companies toward better outcomes.

There’s nothing simple about the task ahead, or course. But that’s okay, because the most rewarding challenges tend to be the most difficult.

A version of this article first appeared in Tax Executive, a journal published by the Tax Executives Institute. 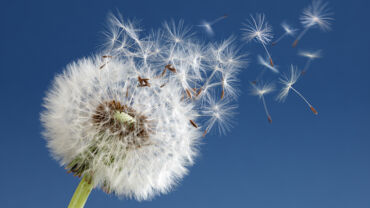