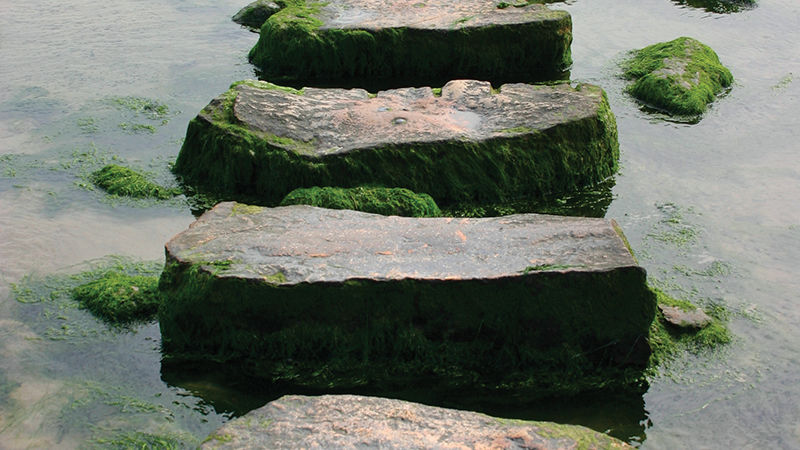 As adoption of blockchain rises, financial transactions will become more streamlined and the number of entities involved in any exchange of capital, equity or securities will decrease. Companies and banks who embraced blockchain’s potential early have the greatest chance at survival. Blockchains will bring disruption and displacement, but for the early movers, they will also bring opportunity and growth.

Blockchain is the underlying technology of the cryptocurrency called bitcoin. Leading up to 2014, publicity and interest revolved around bitcoin becoming an alternate currency – until the price of bitcoin began to crash, leading the gradual shift of interest from bitcoin to blockchain. Note 1 Seen as one of the most interesting developments on the
technology front – right up there in importance with cloud and open-source technology – blockchain adoption is expected to take years, but is likely to be incredibly disruptive, massively changing the structure of the markets.Note 2 Investments in both blockchain and bitcoin firms have received a record US$1billion at year-end 2015.

What is blockchain technology?

What does blockchain technology solve for?

The most significant benefit of the blockchain is that it can eliminate inefficiencies in existing financial markets and drive faster, lower-cost transactions that are more efficient and provide increased liquidity, transparency and security. The blockchain offers trust for the user, eliminating the need for the intermediary and mitigating the risk of human error with complete automation.

Using the blockchain, anyone can create and complete smart contracts that are stored on the public ledger permanently. An example: A smart contract regarding the sale of goods from one party to another would take place using blockchain technology to cryptographically prove transfer of ownership without the need for middlemen.

Financial institutions including banks, clearinghouses and exchanges have focused on the prospect that blockchain might overhaul, if not fundamentally transform, their business models. Most institutions and start-ups are focused on use cases where there is significant friction and inefficiencies that are in need of an overhaul: syndicated loans, corporate bonds, equity shares in private companies, to name a few.

This is a complex technology and a lot more education and investigation across all industries will take place over the next couple of years.

With respect to trading, there’s the potential to materially lower the cost to transact, clear and settle. There is an opportunity to reduce settlement latency in businesses such as Repo, FX or lending (settlement in the loan market can be as long as 30-60 days) where reducing the time between execution and settlement can meaningfully reduce cybersecurity risk, ops risk and funding costs.

Many banks are testing out private (permissioned) blockchain solutions where access to the blockchain is controlled and monitored. Examples could be externally interacting digital wallets and exchanges. The initial impacts will likely be related to asset classes where there is no central trading and/or clearing mechanism, such as Fixed Income Clearing Corporation (FICC) derivatives, syndicated loans and private investments.

The majority of blockchain initiatives are still in the early alpha or beta stage. While most market participants understand its potential, many financial institutions are still trying to work out whether blockchain technology offers a cost-cutting opportunity or represents a margin-eroding threat to certain areas of their businesses.

There is huge promise for blockchain at this early stage and the hype around this new technology can be deafening at times.

This is a complex technology and a lot more education and investigation across all industries will take place over the next couple of years. Proof-of-concepts and prototypes will be in abundance through this early stage, but many start-ups will continue to gain traction with early enterprise applications and innovation. As the blockchain ecosystem continues to evolve, Thomson Reuters will be a leader and trusted advisor to our customers about blockchain and develop real applications as this technology matures.

Fluent is an early stage start-up that is disrupting and automating B2B payment workflows, asset verification, financial wires and the settlement process using blockchain technology as a ledger and payment protocol.

To stay ahead of the competition and remain relevant to customers, businesses need to keep a close eye on blockchain.

Thomson Reuters has partnered with Fluent because they have built a team of blockchain experts, and are applying this talent to areas where the core technology could be applied to use cases across all of Thomson Reuters. Although this is still an early stage start-up firm, Fluent is developing real enterprise technology and continuing to gain credibility. Our investment joins the likes of Tim Draper, 500 Startups, Boost VC, SixThirty, UMB Financial Corporation and Capital Innovators.

We have been working across Thomson Reuters to educate, collaborate and develop use cases where blockchain technology could make a significant impact for both our products and customers. Our customers are proactively coming to discuss blockchain initiatives across our businesses.

Building and testing proof of concepts

Several unknowns need to be addressed before this technology becomes mainstream. They include:

With that said, the opportunities seem almost endless. Blockchain has the potential to further disrupt banking in the way that we know it today, transform traditional interbank and peer-to-peer payments, open up opportunities to replace existing mechanisms for the exchange of financial information and the method by which customer records are stored and processed.

The recent public announcements around blockchain technology from both the public and private sector have added real weight to the importance of this new innovation. One thing is certain: Blockchain is here to stay. To stay ahead of the competition and remain relevant to customers, businesses need to keep a close eye on blockchain and be prepared to adapt and transform accordingly.