Although it's the smallest segment, captive in-house ALSPs have proven themselves mighty, achieving the highest percentage growth rate of any ALSP segment

To dissect some of the key findings of Thomson Reuters recent 2021 Alternative Legal Service Providers report, it makes some sense to start small, meaning starting with the smallest segment of alternative legal service providers (ALSPs) — those owned and run as captive entities within law firms.

Why start with the smallest segment for analysis? Because though small, these businesses have proven mighty, achieving the highest percentage growth rate of any segment of ALSPs.

In 2015, nascent captive ALSPs accounted for only about $150 million in global annual revenue; by 2019, that is estimated to have grown to roughly $480 million. The overall market for ALSPs increased by about $5 billion in that same time period. From 2017-‘19 alone, ALSP market share saw estimated compound annual growth of 15%, more than twice the compound annual growth of the Am Law 200, which was about 6.4%.

You can download a copy of the recent 2021 Alternative Legal Service Providers report here.

The research identified five different business lines where law firms were most likely to develop a captive ALSP offering, including:

Though slightly less likely, many corporations also report a high likelihood they will seek out ALSP services for legal drafting (30%) and project management (24%). This cross-over creates the potential for lucrative engagements for captive ALSPs, possibly even outside the scope of work for which a law firm may be engaged by a client. For example, while a particular law firm may not have been engaged to actually execute a merger, its in-house ALSP’s due diligence business may still find work on the matter, creating revenue where there otherwise was none.

Though slightly less likely to be as in demand as some other potential captive business lines, law firms should not overlook the potential two-fold benefit of a robust captive offering for services like legal drafting or project management. These types of business lines create a benefit not only from the new potential revenue streams generated by direct-to-client engagements, but also from potential internal cost savings.

Dedicated service entities within law firms that are tasked with building specialized expertise around functions such as due diligence, drafting, or research, can create additional layers of leverage that do not necessarily depend on the billable time of an individual attorney. This avoids some of the costs, both to the firm and the client, associated with having an attorney billing by the hour for such tasks. This cost favorability of dedicated, task-focused entities can help reduce the law firm’s costs associated with producing work product, which in turn helps to both lower client prices and improve law firm profits.

The potential for improved internal efficiency and increasing client engagement has proven enticing for many law firms. In our inaugural ALSP report, released in 2017, only about 10% of law firms reported creating any sort of captive affiliate. This number has rapidly expanded, with some firms creating multiple business lines in the intervening years. As the report discusses, perhaps the biggest hurdle to creating these new business lines come from resistance within the firms themselves. However, that resistance seems likely to wane as more of these offering prove successful.

Still, obstacles are likely to remain. For example, while law firms may possess good technology to enable strong alternative business lines, proficient knowledge of that technology may not be widespread. Law firm captive businesses will need to focus on attracting and retaining top-tier, tech-savvy multidisciplinary talent, treating those professionals like vital members of the firm’s business structure, rather than simply “non-lawyers.”

For those firms that can get the mix right, however, captive ALSPs could offer expanded possibilities for future profit beyond what is possible with the traditional reliance on the billable hour. 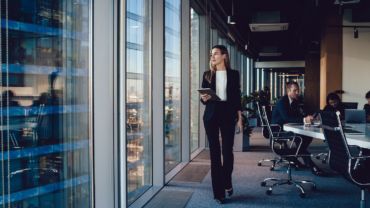