Nine of the top 12 roles in which law firms said were making the greatest investments were in business services and support functions — such as those in finance, marketing, professional development, diversity, equity & inclusion (DEI), and recruiting — according to data from Thomson Reuters Peer Monitor’s annual 2020 Staffing Ratio Survey.

An important part of these expanded investments are those that focus on DEI initiatives for law firm business services and for their professional and administrative staff (often called legal allied professionals). To better understand how law firms can get these strategies off the ground, we sat down with leaders at Hogan Lovells and Latham & Watkins to discuss what actions were undertaken by those firms.

William Washington III, chief financial officer for the Americas at Hogan Lovells, chairs the DEI committee for the firm’s allied professionals, which started in 2020. Kerri Mesiah leads the efforts at Latham & Watkins as the first full-time director of DEI for professional staff, a role she took on full time during the summer of 2021.

Holding up a mirror in DEI

At Latham, Mesiah notes that every initiative is about establishing psychological safety and reinforcing the idea that “you belong as you are.” For example, the firm’s affinity groups, which bring together underrepresented colleagues as well as allies, have provided greater awareness, openness, and dialogue around DEI issues, she adds.

Likewise, Washington admitted his leadership role helped him get “comfortable with being uncomfortable.” Initially, Washington said he was not so excited about taking on this role because he had experienced and observed things over the last 20 to 30 years in his career that he had pushed down and buried. His perspective shifted for the better, however, when he saw others from underrepresented groups appreciate how they “felt seen” when he shared his own experiences.

In addition, becoming chair of the DEI committee at Hogan Lovells forced Washington to hold up a mirror on DEI within the function he leads. “As CFO and even as I was chairing a committee, I realized there wasn’t anything specifically we were doing within the finance organization to actively make sure we were we were having an inclusive environment,” he explains. “So, what I started doing was having meetings with my direct reports to discuss what business services DEI Committee is doing.”

How to start DEI investments for allied professionals

For their experience of being early in their DEI leadership roles, Mesiah and Washington recommend three key steps to create a DEI strategy for allied professionals:

1. Invest in listening at all levels of allied professionals

Both Mesiah and Washington undertook a listening tour to collect feedback from their firms’ underrepresented allied professional staff. Mesiah, who took on the role from a colleague who oversaw both DEI and professional development functions, sat down with people one-on-one; Washington’s group, on the other hand, used a survey.

Completing this exercise brought surprises to both. Mesiah says her listening tour reinforced the importance of Latham’s mantra of “you belong as you are” and she saw how the firm’s allied professional colleagues now feel a level of transparency and authenticity that previous had not been there. Washington says he was surprised by the fact that majority of survey respondents agreed that their supervisors are committed to DEI initiatives.

At Hogan Lovells, a top-two priority gleaned from the survey was to increase cultural awareness. To initiate quick action on this, the DEI committee partnered with the LGBTQ+ community at the firm for a social gathering to increase awareness around some of the microaggressions that LGBTQ+ professionals commonly face, such as being misgendered, addressed by the wrong pronouns, and assumptions that everyone is partnered with the opposite sex.

Another main area of feedback at Hogan Lovells was to increase awareness of career progression. In response, the next initiative under Washington’s leadership was to increase the visibility of underrepresented allied professionals and their career trajectories at the firm through a 12-part podcast series.

At Latham, every initiative is about establishing psychological safety and reinforcing belonging, and to further that Mesiah helped to create forums to teach firm members how to respectfully amplify diverse viewpoints.

3. Engage leaders of business services and those that have DEI as part of their role

At Hogan Lovells, Washington currently is approaching his peers — such as the heads of IT, HR, marketing, etc. within business services — to ensure that each leader is driving the accountability for DEI within their respective functions. At Latham, Mesiah engages her peers within departments, who have DEI and belonging mandates as part of their role to help “knit all of us together and make sure we’re rowing in the same direction” to gain the flywheel effect of progress.

For those law firms that want to establish greater DEI accountability for their legal allied professionals and among their underrepresented colleagues, it is crucial to start now and not allow analysis-paralysis to take over. For Washington, creating the committee elevated the conversation about DEI for the group as a whole and “put it on a level playing field with the attorney population in terms of addressing the needs.” 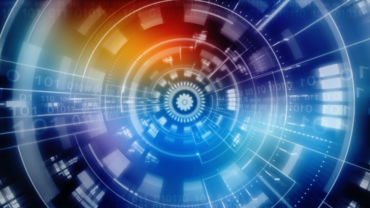