Today's law firms might learn a great deal about firmwide innovation, client relationships, and client service by looking at Amazon

What do you enjoy about your Amazon experience? Likely everything. The company’s success is derived from a few simple words of company CEO Jeff Bezos’ ethos: “Delight your customers.”

Yet, when you think about innovation, what does that look like inside a law firm? To be honest, it’s probably very different than perhaps it should look. These were the headline topics of discussion at last week’s Legal Geek Uncertain Decade Summit held virtually with Mark Cohen, Executive Chairman of the Digital Legal Exchange, and Richard Susskind, President of the Society for Computers and Law. In their respective lectures, they laid out in stark fashion where they believe law firms are missing the mark on innovation for their clients.

As was artfully illustrated by Cohen in the first of the two talks, Amazon is a corporate conquistador whose North Star is its customers. His premise is that law could learn a great deal from Amazon, and one day be as much of a disrupting force as the Seattle colossus.

What Cohen suggests the legal industry do, is think more like Bezos. While technology is a core component to the company, it is only an enabler. Where Amazon excels is with data. That means, law firms must get to know their clients much better, in order to delight them, Cohen explains, and that means everything must be measured. “You need to know your customers better than yourself,” he adds.

Unfortunately, very few law firms are operating under this ideal, according to Cohen.

If you think about the entire beginning-to-end process of engaging with that client, can you anticipate how they may feel through each gate? “It’s about what happens when they buy something,” Cohen states. “It’s how they buy something, what they want, and when they want it.” Ultimately, it is an end-to-end customer experience, and tech is an enabler to make it happen.

And Cohen did warn — if you read the clouds forming on the horizon — that Amazon law could enter into the legal industry, noting the company’s early inroads into legal with its IP Accelerator, a trademark registration arm that automates IP registrations for people and or companies. Cohen also mentioned Amazon Marketplace, where legal technology companies can add their wares to a legal app store to be downloaded and used. That means that even though Amazon isn’t involved in the practice of law, it is integrating into this space by enabling legal technology as part of delighting customers. In the second section of their talk, Susskind takes law firms to task on innovation, saying many of them have overpromised and underdelivered. Over the last five years, lawyers have spoken a lot about innovation, he said, but it was often vague as to what that meant. For some firms, innovation means process improvement, for others it means transformation, and for yet others it means marketing.

Here, according to Susskind, is what second-generation firms are doing:

2. Marketing noise rather than progress — One of the most popular first-generation innovation models is the marketing bullhorn. Many law firms still churn out noisy press releases declaring various “process improvements” as innovation. However, if you pull back the layers, “there isn’t much there,” says Susskind, adding that the focus should be on real innovation, with major steps forward in re-examining their business model.

4. Pilot programs rather than fully operational systems — Pilot programs are playgrounds to learn, even if many of these pilots never make it beyond the jungle gym. And while that is naturally the case with pilots, Susskind emphasizes that second-generation innovation firms push to go beyond the playground. On this new plain, the goal is to learn and create new fully operational systems.

5. Little impact on figures as compared to serious revenue profits — Another concept Susskind discusses is the idea that innovation will have little impact on returns. Attorneys tend to believe revenue generated from innovation is inconsequential. Yet, if an organization pursues the second-generation path, there can and will be serious revenue profits from these new approaches if they’re done thoughtfully.

6. Arguments v. evidence — Many firms are still in the mindset that they can argue for or against the importance of innovation. Indeed, there are many firms that argue against it. Instead, the focus should be using evidence to support the case for innovation, and that evidence is all around us. However, it needs to be uncovered, cited, and then used to support innovative movements inside the organization.

7. Minority of partners involved rather than majority — In the early stages of innovation, it is usually the stakeholders that support it, Susskind says, but that is not always enough. When a firm sees the majority of partners actually buy in, that is when the real innovation takes place. Firms need a collective majority.

8. Intellectual grasp, rather than emotional grasp — In a very relatable narrative, Susskind talks about stakeholders who “get it” intellectually, but again, that is not enough. As he physically pounded his chest with his fist, Susskind says he knows when firms “get it” because that’s when they get emotional about it. You can see that firms leaders feel it in their guts and understand the importance of innovation at its very core. Then they will make sure it is the lifeblood of the organization.

9. Avoiding competitive disadvantage rather than seeking competitive advantage — In first-generation innovation, firms are generally attempting to hold their own against their competition, Susskind describes. They simply try to emphasis preservation, such as asking, “How can we stay alive in this pitch?” Second-generation innovation means firms are thinking differently, and asking “How can we steal the business from our competition?” The latter is far more aggressive as a result of baked-in firm innovation that came from long-term planning.

10. Preference for short-term ‘tactical’ v. long-term ‘strategy’ — Most of the firms that are just wrapping their arms around innovation still think in the short term and tend to be more tactical. Instead, firms should be thinking of how they can think differently along a decade-long strategy rather than a year-to-year outlook that’s focused mainly on profits per partner.

Cohen summarized the landscape in regard to innovation within the legal industry. “We are at the foothills now, and our clients are scaling the mountain.” Both Susskind and Cohen agree that most law firms are lagging behind where they should be in transforming themselves through innovation. And they feel that the Amazon ethos of delighting your customers should be emblazoned on the border bezel of every attorney’s computer.

Indeed, the acceleration of change is only increasing, and law firms face increasing competition from alternative legal service providers (ASLPs), and the Big Four consulting companies. Clearly, the clock is ticking.

“Don’t wait to change your model when you get pressure to do so by your competition,” Susskind warns. “It will be too late.” 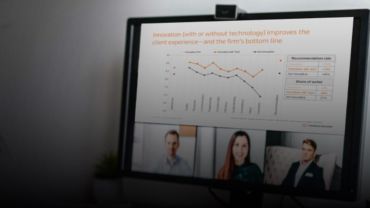 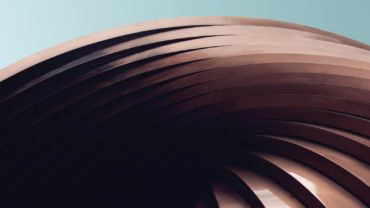