In a new Reuters Newsmaker interview, Barry Diller talks about his new project, Little Island, and the coming revival of New York City

Media mogul Barry Diller is the sort of visionary businessman, impresario, and philanthropist that only a city like New York could cultivate.

As chairman of IAC, a holding company that owns media and internet brands around the world, Diller incubates successful online businesses in one of the city’s most interesting buildings, a curvy waveform of concrete designed by architect Frank Gehry. He runs one of the world’s most popular travel sites, Expedia.com. He produces Broadway shows by the handful. And when the city itself hands him a project — as it did with Hudson River Park’s Little Island — he does it the only way he knows how: His way.

“We are in the endless business of ‘What’s next?’,” Diller explained during a recent Reuters Newsmaker event. And quite often, what’s next for the rest of us is whatever project Diller has been working on for the past few years.

On May 21, New Yorkers finally got a chance to stroll around Diller’s latest creation, Little Island, a new 2.4-acre, $260 million park suspended above the Hudson River on an elaborate bed of what look like concrete champagne glasses. Or tulips. Or something for which the word “whimsical” might have been created. The one thing Little Island doesn’t look like is a pier, which is what it ostensibly replaced.

Ten years ago, when the city asked him to consider rebuilding Pier 55 in Hudson Park, Diller says he agreed on one condition — that he be allowed to build something “imaginative and ambitious.”

“I thought there was really nothing in New York on the water that had the ambition to become iconic,” explains Diller. Building Little Island involved 10 years of pain and several lawsuits (this is New York, after all); but that’s all in the past, he adds, because the island is finally doing what it was meant to do: Make people happy. “Crossing that bridge really is a going from the stimulus of the city to a pastoral place for wandering around, lying around, and being entertained.”

In addition to gorgeous views of the city and plenty of trees to sit under, the plan now is to start filling the island’s three performance spaces — including a 687-seat waterfront amphitheater known simply as “The Amph” — with local acts of all kinds, including music, dance, theater, comedy, ballet, and spoken word, he says.

New York is back… almost

For Diller, opening Little Island is also hopeful sign that the rest of the city is ready to rebound from the pandemic. He also chided those who fled the city for places like Florida or Wyoming as people “who don’t really have connections to the city, and didn’t participate in city life the way people who care about New York do.”

Assuming no new wave of infections, Diller predicts the city will be fully back by summer. “And by fall, when Broadway comes back and international tourism comes back,” New York will prosper again, he says, and Times Square will no longer be a place “where you could shoot a cannon through it and not hit anyone,” as it was six months ago.

Fortunately for Diller, he owns, runs, or has a stake in plenty of businesses that will also prosper again if and when New York reasserts itself. People using match.com and Tinder, both IAC spinoffs, will finally have places to go on dates. People using Expedia and tripsavvy.com will have destinations to visit. Brides who rely on brides.com will have weddings to plan. Visitors to byrdie.com, a beauty and lifestyle site, will have social gatherings and events for which to primp.

IAC’s business model is to acquire promising online businesses, give them a corporate makeover, and spin the companies off when they are big enough to “scale” on their own. That’s how Angie’s List became “Angi,” and why popular websites such as The Daily Beast, LendingTree, and Vimeo look so much different now than they did a few years ago.

Given IAC’s success at incubating internet stars, many up and coming internet companies might be wondering how they might get IAC’s attention.

“We are in the endless business of ‘What’s next?”

The key, Diller says, is to “have a good idea” — but exactly what constitutes a good idea for IAC is anybody’s guess. “For us, unless we forage for good ideas, we have no future,” Diller adds, explaining how he knows a good idea when he sees one. “It’s not sector led. It’s not by anything other than what, instinctively, sounds like a good idea — you can’t get anywhere with us unless you pass that first test.”

The most recent company to pass the IAC smell test is MGM, in which IAC purchased a 12% stake last year for about $1 billion. But astute observers of IAC’s business model may wonder why IAC would even look at MGM, since it is not strictly an internet company.

“When we looked at online gaming, we kept looking at MGM, because MGM on many counts was, for us, continually impressive,” Diller says. “It was vastly undervalued because of the pandemic,” he adds, citing its superior management, Las Vegas footprint, and prospects for online gaming growth as reasons to invest. IAC was flush with cash after spinning off Match Group and Vimeo; and “after our analysis, we said ‘we’re going to surprise ourselves here,’ and take direct interest,” he notes.

Diller also had plenty to say about the need to regulate the growing monopoly power of such tech giants as Google, Facebook, and Apple, and doubted that the recent rash of media consolidations (e.g., CBS/Viacom, Amazon/MGM Studios, Warner Bros./Discovery) would yield the results those companies are looking for, and would almost certainly leave a lot of “blood on the floor.”

“Yes, scale has value, but I don’t believe scale is the answer, particularly,” Diller says. “If I had [ViacomCBS] — and there are some good assets there — I believe that if you manage those assets, which are producing content, and you do it well, you will have a good return. You do not need to buy anything or sell anything, necessarily.” When Diller was asked if he was glad that he didn’t win his bid for CBS back in the 1980s, he laughed and replied, “Yes.” 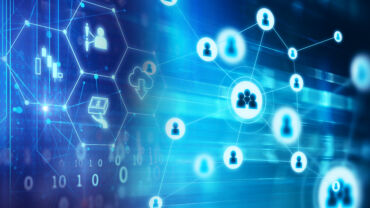