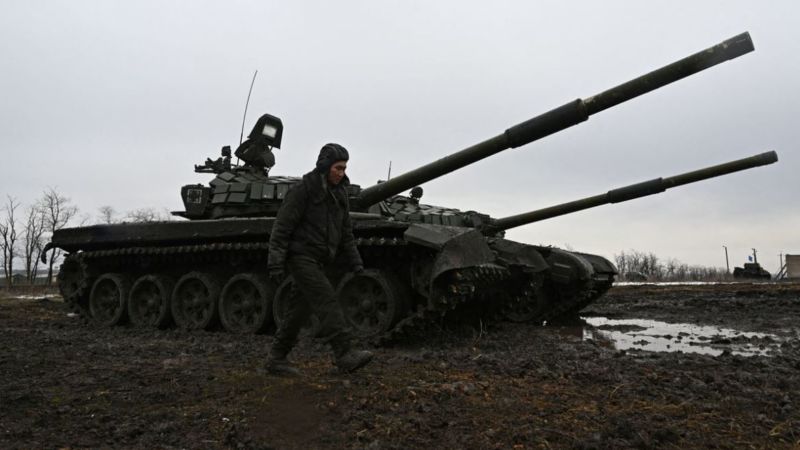 Russia’s invasion of Ukraine has presented responsible news organizations with a number of extraordinary challenges, not the least of which is how to separate truth from propaganda, misinformation, and outright lies in a world saturated with unreliable media

In the March 3rd Reuters NEXT editors briefing, Reuters editors from around the world discussed how they are covering the war in Ukraine, including how they corroborate social media coming out of war zone. They also discussed the geopolitical and economic consequences of the war and the impact of disruptions in global commodity markets, such as wheat, precious metals, and oil and gas.

One of the unique features of this war is the sheer volume of social media and other imagery — photos, CCTV footage, cell phone pictures and videos, satellite imagery, and more — coming out of Ukraine. Artillery explosions, destroyed buildings, dead soldiers, wounded civilians, and more are all being captured and posted on social media. Reuters editors must assume that nothing they see is true, no footage gets released unless it is independently verified.

“The volume of content we’re seeing is somewhat overwhelming at times, so we need to be quite organized in our approach for news-gathering purposes,” says Hazel Baker, editor of user-generated content in the Reuters Digital News division. Baker is responsible for making sure that social media posts by Reuters are what they claim to be.

To verify social media posts coming from Ukranian citizens, Reuters editors meet every morning to determine where the action of the day is likely to be coming from, and start looking for content with targeted searches in those areas. In addition to checking content with officials, analysts, and media on the ground, the editors “use a range of local search terms and make good use of translation apps to make sure we’ve got local place names and street names,” explains Baker, then “all these go into all the social platforms we are monitoring to get the latest information from those situations.”

For example, many people in Ukraine are sharing content on the social-media platform Telegram, where aggregated groups are pulling together citizen-created content from neighborhoods and cities in Ukraine. While most of this content is likely to be trustworthy, Baker says, a great deal of inaccurate content also exists on such platforms, including deliberately misleading footage from past events, such as the Syria war and the 2014 takeover of Crimea. Reuters fact-checkers use reverse-search technology to verify the content’s authenticity and origin, search social-media comments for consistency, and triangulate imagery from security cameras, satellites, and similar accounts of the same situation in order to corroborate any alleged incident.

Sanctions and the global economy

Another unique aspect of the war in Ukraine is the swiftness and severity of the sanctions levied against Russia by the United States, European countries, and others around the world.

These sanctions are hitting Russian harder than expected because “one of the things that very few people saw coming was the asset freeze on the [Russian] central bank reserves, which are mostly held abroad,” notes Sujata Rao, Reuters deputy editor of financial industry and markets.

The central-bank asset freeze and the blocked access to the SWIFT international payment system has caused the Russian rouble to plunge in value, wiping out people’s savings and likely sparking inflation, Rao says. “People aren’t willing to touch Russian exports or Russian ships, because people don’t know what’s coming next.”

Separating Russia from the rest of the world isn’t easy, however, because of the extraordinarily interconnected nature of modern global commerce, finance, and energy. In Corporate America, for instance, Russia has become toxic so quickly that dozens of companies have either cut ties or distanced themselves from Russia in the past week, including Disney, Adidas, Nike, Ford, Boeing, Exxon Mobil, BP, FedEx, UPS, and many others. But the calculus isn’t so cut and dried for many financial institutions with business interests in Russia. Goldman Sachs, Morgan Stanley, Bank of America Merrill Lynch, JPMorgan, Barclays, Deutsche Bank, and UBS all have millions of dollars invested in Russia, and according to data from industry tracker Morningstar Direct, large U.S. money managers such as BlackRock, Vanguard, and PIMCO all manage funds with billions of dollars of exposure to Russian bonds.

Other important U.S. financial entities also are exposed. The two largest U.S. pension funds, California Public Employees’ Retirement System (CalPERS) and California State Teachers’ Retirement System (CalSTRS), for example, have combined Russian assets of more than $1.7 billion. The funds have told Reuters that they will abide by U.S. sanctions, but how the funds will ultimately be impacted is an open question.

Oil, gas, and other commodities

Energy is another area where global interdependence is both a blessing and a curse. Indeed, the only sanctions that haven’t been levied against Russia involve oil and gas, says Rao, as these would become a “double-edged sword,” because so many other countries rely on Russian fuel, including Germany, India, Turkey, and the United States (currently, about 8% of U.S. oil currently comes from Russia).

Even if they were enacted, however, oil and gas sanctions might not have their desired effect, says Dmitry Zhdannikov, Reuters energy editor for Europe, the Middle East and Africa. One possible scenario is that China could ease Russia’s pain by importing up to four million or so barrels of Russian oil, which is more than half of Russia’s daily exports, says Zhdannikov. “There is this crazy calculation that even with half of exports, and with oil prices at $200 per barrel, it would still be fine [for Russia],” he adds, “but this is totally unpredictable and unknown territory.”

Reuters White House editor Heather Timmons adds that China is helping Russia in other ways as well. Chinese citizens are not getting real information about what is happening in Ukraine, so they are buying Russian products out of sympathy and loyalty, she explains. “Chinese consumers aren’t seeing visions of bombing, and they’re not seeing civilians being killed in Ukraine, so it’s become sort of a patriotic thing to go buy Russian products on online shopping sites,” Timmons says, adding that this trend could conceivably grow as the war drags on.

And of course, oil and gas aren’t the only commodities affected by Russia’s war in Ukraine, says Zhdannikov. “We’re constantly talking about oil and gas, but there are other huge commodities markets, such as grain, sunflower oil, steel, all the platinum group metals, and wood” which involve Russian and Western companies with intertwined interests. If Western companies boycott Russia, and Russia retaliates by withholding resources, “the world’s commodity markets overall have never seen a storm of that size,” he warns.