In the latest Thomson Reuters Institute Market Insights podcast, we discuss what the recent “State of the Corporate Tax Department Report" says about how departments are coping in today’s legal environment

Corporate tax departments continues to face “the squeeze on talent because of the pandemic,” says Elizabeth Duffy, Senior Director of Client Services at Thomson Reuters Institute. This is made worse by the fact that the tax & accounting world was already facing some big issues around how they were keeping pace with digitalization, she adds.

In Thomson Reuters’ 2022 State of the Corporate Tax Department Report, 73% of respondents said that they expected significant government and regulatory changes over the next two years, a 16-percentage point increase compared to last year. While these regulatory impact may be substantial, most corporate tax departments feel unprepared for the changes they need to make in the people, processes, and technologies that they use.

In the latest podcast available on the Thomson Reuters Institute Market Insights channel, Duffy examines the third-annual report’s benchmarked data, unearthing top-of-mind concerns for survey respondents, mostly heads of corporate tax departments who represent 21 industries and 70% of whom have the title of Vice-President or Director of Tax.

You can access the latest Thomson Reuters Institute Market Insights podcast, featuring a discussion about the “State of the Corporate Tax Department Report”, here.

As the podcast discusses, while every industry has been experiencing challenges since the pandemic, those problems in the tax & accounting industry have been particularly acute. Due to the aging talent pool, tax & accounting organizations — whether corporate tax departments or outside accounting firms — were already heading into a talent crisis. The pandemic sped up some professionals’ exit from the industry, but of those remaining who aren’t in a leadership role, most felt there wasn’t a clear pathway to more senior positions. The primary reason for that, as Duffy illustrates, is that most departments feel under-resourced, and that has resulted in more than 60% of respondents saying that they had no time to work on their career development.

One surprise from this year’s report, Duffy notes, was that 30% of female respondents felt there was lack of mentorship opportunities, compared to just 7% of males. (The demographics of respondents were 45% female and 49% male).

Talent issues remain at the forefront

The American Institute of Certified Public Accountants (AICPA) had predicted that by 2020, 75% of tax & accounting professionals would be eligible to retire. To that end, survey respondents were asked about the current likelihood of them leaving their current jobs. As predicted, employees in the age group 51-plus were most likely to leave within the next 10 years, Duffy explains in the podcast. However, the group with the most significant flight risk — those ages 41 to 50 — are those who normally would or should be next in line for leadership roles in their departments.

As the podcast points out, the number one reason for many of those who are considering leaving is feeling underappreciated, with more than one-third (34%) citing this reason, followed by a lack of career progression in the current role, with 27% citing that.

Size matters, by the numbers

As discussed in the podcast, there are a few factors that may be inferred from these numbers. First, that employees had the right skills to perform the work and are leveraging technology to increase their efficiencies. When asked what skills were the most needed, more than 40% of department leaders indicated tax technology, followed by leadership (in order to advance their career).

In addition to all the concerns around talent in the report, the podcast delves into how departments are addressing their resource challenges. Most have indicated they’re embracing strategies that have them “planning to do more with automation and technology.”

“So, whether it’s bringing in new tools or improving the skills set, they’re also talking about streamlining processes so they can drive some efficiency within their tax departments,” says Duffy. 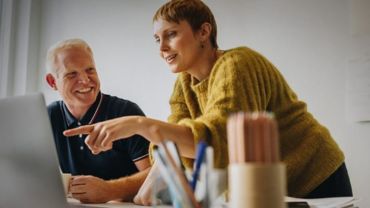 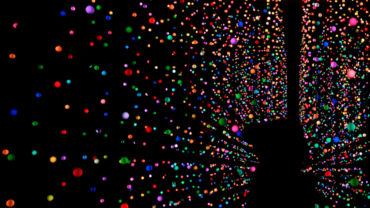